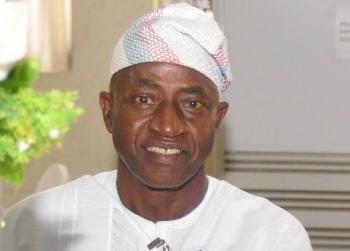 That’s what is on the menu today.
But before then, let me say Good morning to all Nigerians.
We are going through challenging times in our beloved country.
We must draw strength from the fighting spirit that is in our DNA, often displayed by our sports heroes who defy the odds and difficult circumstances to achieve success through the decades.
We must work together as a team, think as a team and do things for the collective good of all.
We must not panic, but be calm, careful and confident.
It will be tough going, but let’s keep to the simple directives and remain at home, keep safe distances from one another, keep our spirits high, maintain the highest possible level of hygiene by washing our hands with water and soap as often as possible, trust those in charge of getting us out of this most difficult of times and circumstances, help our medical, security and other essential services personnel that are in the frontline of the battle against Coronavirus, risking and sacrificing their own lives so that the rest of us can live, and pray and believe that our Creator, who knows all and sees all, shall see us through.

Corrigendum.
For a short while in the past 12 hours, I have had a running conversation with two respected elders in Nigerian football history – Chief Ayo Iroche and Obong Dele Adetiba.
I did not know they were following these postings until I saw their comments.
I had to sit up. It is a dangerous thing to take things for granted and start assuming authority on a subject simply because you think people do not keep records, or are not interested in keeping the finer details of history. The tendency is to become ‘arrogant’ and too comfortable with facts. I was checked last night by their separate but similar inquiry and interrogation: why did I not feature Dan Anyiam in my list of elite Captains of the National team from Independence in 1960?

I knew the great Dan Anyiam personally. He was in the national team as assistant to Father Tiko in the early to mid 1970s. He was the coach of Rangers International, the team that came out of the Nigerian Civil war and dominated Nigerian football like never before for almost 8 years, punctuated mostly by the challenges of Shooting Stars and Bendel Insurance, and, to a lesser extent, by Raccah Rovers, Alyufsalam Rocks, Stationery Stores and Sharks! He was a former Captain of the national team for a large part of 11 years when it was known as the Red Devils.

What I did not know was that he played in any match for the national team after Independence in 1960!
Chief Iroche and Obong Adetiba insisted that he did. I checked the very scanty information available on the internet on google and Wikipedia. It took a while, but I finally discovered that both gentlemen were correct – Dan Anyiam featured in Nigeria’s friendly match against Ghana, organized to celebrate Nigeria’s Independence in Lagos, on October 8, 1960.

I, therefore, concede that to them, as well as the fact that the match was not against Sierra Leone (as I alluded somewhere) but against Ghana. The Nigerian team was not captained by the late Fabian Duru, but probably by Dan Anyiam. Fabian Duru took over from him that same year.

I was right, however, in not listing his name amongst those considered in our now-concluded choice of greatest Captain in the history of Nigerian football since Independence in 1960.
The match against Ghana was the last match played by Dan Anyiam. It was his only match after Independence.
He could not have been listed, therefore, because he did not do enough in the era under consideration.

So, I was both wrong and right. The final scores between us, therefore, in the language of the great sports commentator, late Walter Oyatogun, are ‘one-one, goalless draw’!

I thank Chief Ayo Iroche and Obong Dele Adetiba, for raising the level of scrutiny, and getting me to clear the misty area of what happened around Independence in 1960.

This morning, we are delving into deeper, but, definitely, more exciting terrain in Nigerian football – people’s choice of the greatest Goalkeeper in the history of Nigerian football since Independence in 1960.

I shall be making a few surprise calls to football people across the country from this morning, to catch up with them, engage them during this essential Covid-19 lockdown, get their opinion and brief comments on the subject and feed all those reading my postings.
Don’t be surprised when I call on you.

Nigeria has had great goalkeepers down the decades, from the days of the great Carl O’Dwyer, Shortly before Independence, to the present when the country appears to have lost the Midas touch in producing truly exceptional keepers. But longevity, technical ability and achievements are very important factors in measuring the greatness of any particular goalkeeper. That narrows the range of choice to a few – a group of 8 listed below. Of course, respondents are free to make a choice from outside this group that I have respectfully selected myself. I hope I do not offend those that do not find their names in the list.

The reactions will be available later today. Watch out!

Alaafin Oyo: I feel my life is being threatened, says Olori Aanu

Bjay Bobby It is no longer news that diginatries from all walks of life...
Read more
Society

Former Senegal international Papa Bouba Diop has passed away following a long illness at the age of 42.
Read more
Sports

‘I hope we can play in the sky’, Pele mourns Maradona

Brazilian football great Pele has mourned his fellow legend Diego Maradona who died at the age of 60...
Read more
Sports

Diego Maradona passes away at the age of 60

World Cup legend Diego Maradona has sadly passed away at the age of 60 on Wednesday.
Read more
Sports

The Ministry of Youth and Sports Development has given the Nigerian Football Federation (NFF) the marching orders to...
Read more

OGUN STATE, POLITICS AND 2026 WORLD CUP! -Segun Odegbami   These are politically crazy times in Nigeria. Voluntarily or not, everyone is involved in the unfolding drama.   I am...
Read more
Opinion

Marriage not a business arrangement

Morayo Eunice Marriage is not a business arrangement. Don't choose an accountant because you are a businessman so that she can help take care of...
Read more